In a communication system the information sent from a source to a destination is associated with an electromagnetic wave that propagates in the different transmission media consisting of metal conductors, optical fibers, free space, waveguides, etc. 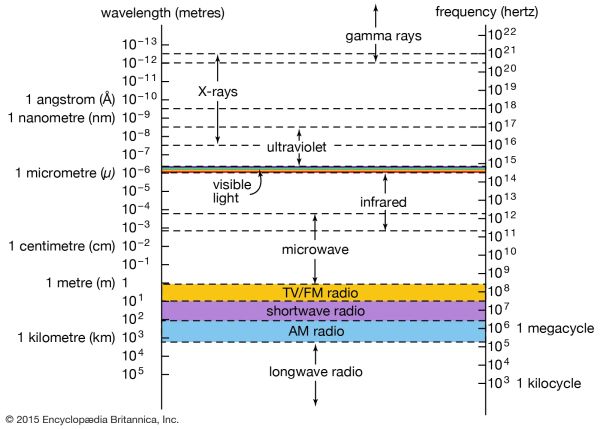 Bearing in mind the modes of propagation of an electromagnetic wave, it is possible to divide the transmission media into guiding and non-guiding media.

Non-guiding and wireless media. They consist of vacuum and air and are called non-guiding because the wave propagates freely in space. Communication is entrusted to radio waves, infrared rays, visible light. Non-guiding optical media are mainly used to connect LAN networks by means of signals emitted by lasers and having frequencies included in the infrared region.

Attenuation. It is the decrease in power suffered by the signal in propagation in the transmissive medium. The attenuation is expressed in dB per kilometer and varies depending on the type of medium and the frequency of the signal (see Figure 1). Attenuation increases with the length of the cable and with the square root of the frequency. With the same power transmitted and the distance traveled by the signal, the attenuation suffered in the air is less than that suffered in a guiding medium. 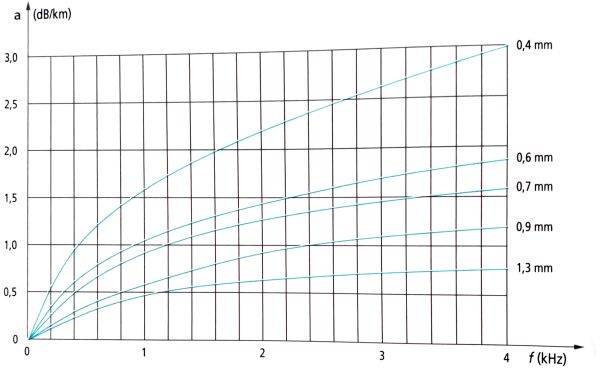 Bandwidth. It is the range of frequencies of the signals that can be transmitted without undergoing excessive attenuation or constant attenuation. A transmission channel is called a bandpass when it is able to transmit signals with frequencies within a range fmin ≤ f ≤ fmax (B= fmax – fmin), while it is called a baseband channel when it is able to transmit signals of frequencies in the range 0≤f≤fmax (B = fmax).

Communication systems using narrowband transmission media can connect only two user units at the same time or several pairs of users in different time intervals. Systems that use broadband transmission media, on the other hand, can simultaneously connect several pairs of users because the band can be divided into many partial subbands, to be assigned to the different channels. All physical channels are capable of transmitting signals with a limited frequency band: for example, 3 KHz for the voice signal, 15 kHz for a musical signal or 5 MHz for the television signal. The bandwidth, in addition to the transmission medium, also depends on the distance.

Bandwidth is one of the main parameters of a transmission medium because it is linked to the capacity of the channel, i.e. the maximum amount of information (number of bits) that can be sent on the transmission medium in the unit of time. Capacity is measured in bits per second (bps):

where Q and T are respectively the amount of information and the time interval required to transmit it. The relationship between the band of an analog signal and the channel capacity (digital band) was formalized by the theoretical work of Nyquist and Shannon. In 1924 Nyquist showed that for a two-level digital signal transmitted to a perfect channel the relationship between band and the capacity of a perfect channel is:

For a multi-level L signal, transmitted over a perfect channel, the channel capacity is:

Shannon and the capacity of a noisy channel

In 1948 Shannon demonstrated that the capacity of a noisy channel is:

where S and N are the signal power and the noise power, respectively. The transmission capacity of a channel is greater the wider its bandwidth B. For example, the telephone pair has a bandwidth of about 1 MHz and is able to transmit data at a theoretical maximum speed of 1 Mbps. However, the real speed of telephone lines is much lower because inside the telephone exchanges there are filters that limit the band to [300 Hz – 3400 Hz].

Distortion is the alteration of the signal due to the non-constant trend of the characteristic amplitude/frequency (we speak of amplitude distortion) and to the different propagation speeds in the transmission medium of signals having different frequencies (phase distortion).

It is due to the overlapping of signals generated by elements external to the transmission system to the signal containing the information.

It is the measure of the disturbance generated by a cable adjacent to the transmission cable.

Example 1. We calculate the capacity of a non-noisy channel having a band of 2.7 kHz and an alphabet consisting of 4 and 8 levels.

The capacity of the channel increases as the number of levels increases.

About TG Team 59 Articles
We are the TG magazine editorial team, a unique pool of copywriters and engineers to get you through technologies and their impact on your business. Need our expertise for an article or white paper?