A PID controller consists of the proportional, integral, and derivative blocks connected in parallel. It brings together the characteristics of its building blocks and can therefore be used in all applications.

The output signal m(t) and the transfer function G(s) of the regulator, placed e(0)=0, are respectively equal to: 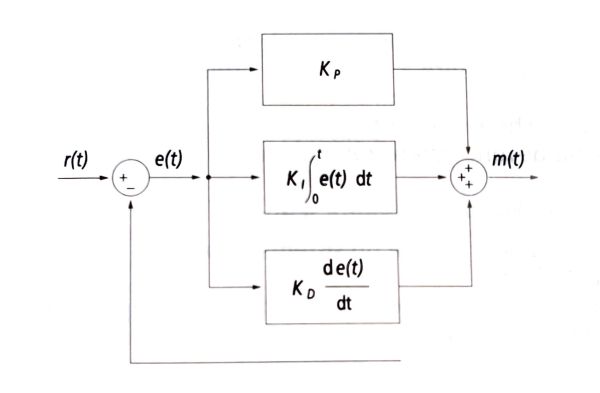 As seen, the ideal PID controller is an improper system, because

when the pulsation ω tends to infinity and when ω=0. To limit the gain, in high and low frequency, the real PID regulator represented in the figure is used, whose transfer function is: 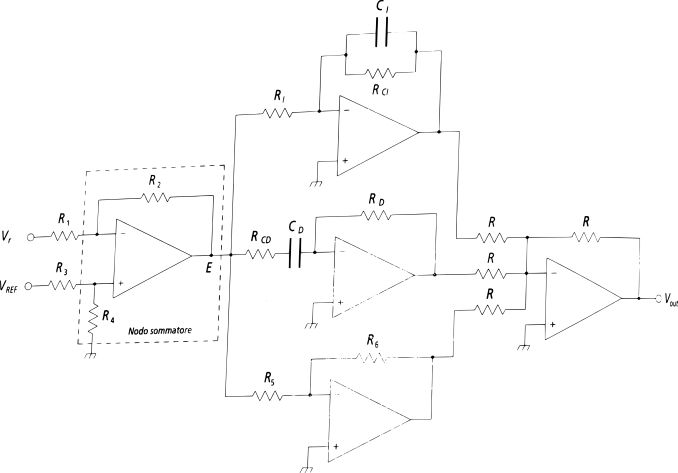 The designer must calculate the value of the KP, KI e KD coefficients so that they meet the specifications of the frequency response (phase and gain margin, bandwidth, etc.) and those of the time response (full error, settling time, delay time, etc.).

Among the many methods available, this method is quite widespread in the industrial field. It consists in obtaining the optimal values of the KP, KI e KD parameters by acting on special knobs of the regulator calibrated at the factory.

The phases of optimal regulation are:

DIRECT DIGITAL CONTROL (DDC) means a control system where the regulator is carried out numerically by some digital device. […]

How do you solve difference equations?

The forced response of a DLIT system can be done by iteratively solving a difference equation of order n, or by the discrete convolution of the input with the impulse response of the system. […]

In DDC loops you can find signals of various types: a classification of signals over time and in amplitude […]