Molding consists, as can be seen in the figure, in forcing a solid metal alloy to stably fill a cavity made into two molds: these are then pressed against each other by means of presses or hammers. The cavity replicates the shape and size of the piece you want to achieve.

This operation is usually performed hot, to limit the forces necessary for plastic deformation and to take advantage of the most appropriate deformability of the material. The temperature varies from material to material. Molding processing is typical for large series productions, as the costs of the machines and equipment used are high.

The solid metal, usually a piece of laminated product or a rough one (coming from other plastic deformation processes), undergoes crushing and expansion and fills the various parts of the mold. When the mold is filled, the excess material escapes into a peripheral tank, called the slime channel, which, at a later stage of the production cycle, is removed.

One of the fundamental advantages of the molding process is the high mechanical strength of the pieces thus obtained, due to the crystalline structure. In fact, while the structure of a piece obtained by casting is characterized by randomly oriented grains, that of a molded piece maintains the fibrous structure of the laminated product from which it is obtained and these fibers tend to copy the shape of the piece itself. The fibers are nothing more than a schematization of the crystals, elongated in the direction of lamination.

A further advantage is that the isotropic compression action produced on the material by the walls of the mold induces greater compactness and the elimination of most of the internal defects (often, on the contrary, present in the castings).

The trend of the fibers in the molded material deviates all the more from the original direction the greater the local plastic deformation. It is important to keep in mind that the extent of the deformation is never constant in the various areas of the molded piece. In particular, the phenomena of friction of the material with the walls of the molds cause real dead zones (see figure).

These alterations in the uniformity of deformation adversely affect the mechanical strength characteristics of the workpiece. For this reason, we try to avoid them as much as possible, properly studying the shape of the intermediate blanks or trying to locate the dead zone in a point that will undergo machining with a machine tool.

From what has been said, it is clear that the essential problem in the study of molding is to ensure that the molds are completely filled. The factors that most influence the filling are:

The calculation of the force necessary for the molding operation can be carried out in a relatively simple way in the simple case of compression between parallel planes. In the case, however, of closed molds, as happens in production practice, the problem is solved with the help of the computer with the finite element method. 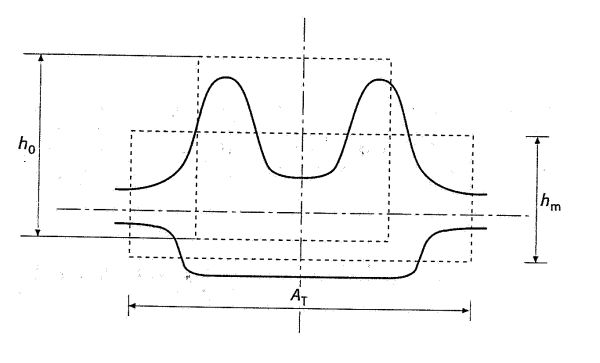 A simplified method for the approximate calculation of the stamping force in the case of axial-symmetrical workpieces is as follows:

The total molding force is calculable as

About TG Team 60 Articles
We are the TG magazine editorial team, a unique pool of copywriters and engineers to get you through technologies and their impact on your business. Need our expertise for an article or white paper?

Melting point and some physical properties of materials

The melting point and some temperature-related physical properties of materials. […]

The new tool change system, CTA 20 HSL with magazine has been specifically designed for small work centers and machine tools […]